But Moses said to the Lord, “Oh, my Lord, I am not eloquent, either in the past or since you have spoken to your servant, but I am slow of speech and of tongue.” Then the Lord said to him, “Who has made man's mouth? Who makes him mute, or deaf, or seeing, or blind? Is it not I, the Lord? Now therefore go, and I will be with your mouth and teach you what you shall speak.” But he said, “Oh, my Lord, please send someone else.” 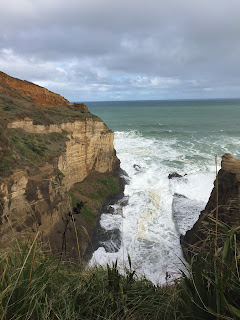 For those of you unfamiliar with the stories of Moses, he was the one leading the caravan of previously enslaved Jews from Egypt involving all the bad plagues and the parting of the Red Sea. He also wrote the 10 Commandments and inspired the hit film, "The Prince of Egypt." He's one of the big Kahunas of the Old Testament, having even written the first few books of the Bible. His story is one so detailed that text like the one above often gets forgotten amongst the crazy stories of him speaking to burning bushes and turning his staff into a snake. To put it lightly, Moses was a champion, a hometown hero, a true leader. He wasn't always that though. In the beginning, he was one of those people that would rather be in the coffin than delivering the eulogy at a funeral. He stuttered often and was known to have a nasty temper. He probably felt like vomiting or crying or hiding when faced with the work he was meant to do, but God chose him as a leader. God told him to go, and he went. 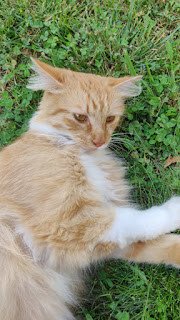 This story inspires me, and Moses inspires me because I am not a writer, and before you roll your eyes at what you're probably presuming to be fake humility, let me tell you a story. In the years 2003-2008, it was common practice to test reading comprehension regularly by gathering students in reading groups or as individuals to read random passages and then provide answers to questions asked of the various layers of content in these passages. This practice was one of my least favorite things in my adolescence until one day in second grade when I was required to stay in for the duration of recess in order to properly answer questions on what I considered to be an incredibly difficult passage about a frog. After I frustratingly gave a satisfactory answer to the last question, I hastily stuffed my things and ran out to recess just in time to see my classmates making their way back inside...recess was over. This experience moved the reading comprehension assessment from one of my least favorite things to the bane of existence. Worse than not being able to suck my thumb, worse than visits to the funeral home, even worse than the dark...reading comprehension exams were public enemy number 1.
For this reason, I implemented one of my favorite coping mechanisms: over-confidence. I was faking it until I made it all the way past these wretched exams. I became one of the fastest readers in my class(even though I had not the foggiest idea what I was actually reading) and learned to read the visual and incidental clues and hints the teachers would give as we were being tested until the fateful fifth grade. In fifth grade, I had what I considered to be the incredible misfortune of having a near-retiree teacher with a "take no prisoners" attitude. She quickly saw through my antics and called my mother to say "your daughter is 10 and can't read. What are we going to do?" What followed this conversation was many nights on the couch reading the same pages over and over again until eventually I learned to not zone out as I read. However, the repercussions of  my lack of diligence towards learning to properly read followed me around for many years after those couch sessions with my mom. It appeared in the amount of time it took me to do required readings, in the "awkward sentence structure" marks I'd get all over essays written in high school, and in other embarrassing circumstances. I always considered myself not suited when it came to English studies: writing and reading. It just wasn't my forte. It was my area to simply get by in...until it wasn't. That is until I was told the conditions of my missionary work included a blog. 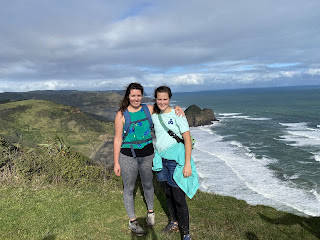 The blog you are currently reading is a Moses moment for me. In response to my pleas to provide me with a escape route(many prayers for a blog that no one would read) away from this task, God said "fat chance. Go and do." God took something I dreaded and equipped me. I imagine He can and will do the same for you.
Eliza Edge
Resident in Mission for WME 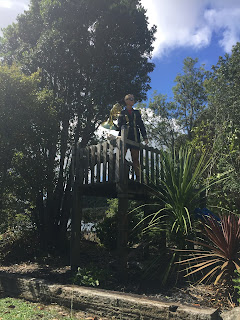 Along with most of the world at this point, New Zealand is under lockdown which in turn makes all of my work remote. This has been a time for lots of creativity and imagination, and those who are skilled in the art of improvising have found their time to shine in the world of distance operations. The theme of my life at the moment seems to be “we’ll make it up as we go along.” Not exactly ideal for someone who likes to be prepared and ahead of the curve, but definitely a time to grow, pray, and watch God work. These are some of the ways I’ve been continuing to serve in my post as a youth pastor and some of the things I’ve done just because I’ve been given the time and space.  I, as I’m sure most of you do, feel like a model example for a prime New Yorker article cover where my hand has actually turned into a phone and my eyes have the constant gleam of a back-lit screen. Don’t get me wrong. I’m thankful. Without this hand-held computer, I’d be up the creek without a paddle,
Read more 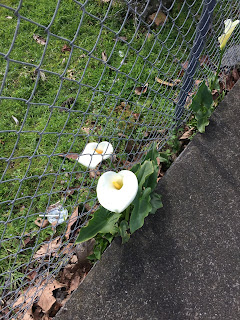 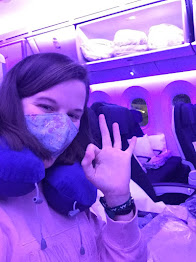