Showing posts from August, 2019
Show all

A note from pre-departure 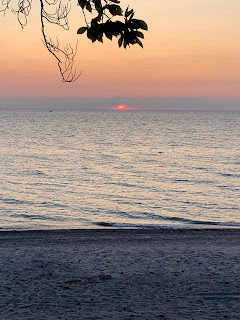 Every day for the past month at least one person a day has asked me this question or one of striking resemblance: “are you scared?” I know what they’re thinking(because most of them have told me). I’m going to almost the furthest corner of the world by myself to serve a bunch of people I’ve never met with a group of people I’ve never met. I’m going to be working and living in a culture that I know very little about. I’m soon to be living in a place that takes 24 hours to fly to, not counting layovers. Oh and until about three weeks ago, the exact details of the mission I’m partaking in were yet to be determined. Heck, I read that blurb, and my first thought was “you’re either extremely brave or incredibly stupid.” As much as I would like to be described as someone with the heart of a lion who would travel into the belly of the beast with the best of them, I’m not sure that’s true. And though I may have my moments of ignorance and assumption, I tend to believe I’m not stupid. So where d
3 comments
Read more
More posts